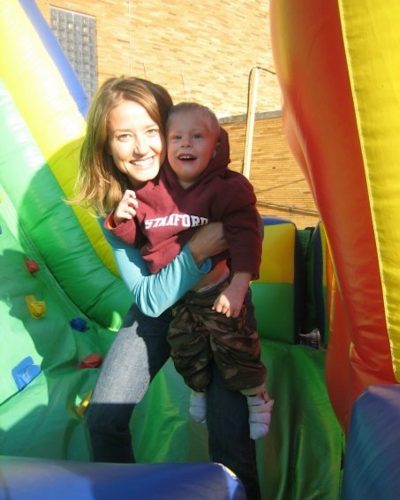 My son Tyler radiated light, unconditional love and joy. He drew just about everyone who crossed his path to him and touched hundreds of lives in his eight short years with us. And he was never able to speak or walk.

Tyler and his twin Jacob were born three months premature after being afflicted with a severe pregnancy complication called Twin To Twin Transfusion. This disease caused a disproportionate flow of blood between my identical twin babies. Jacob lost most of his blood to Tyler. He was stillborn. Tyler had a stroke due to the excess blood in his body, resulting in brain damage. The doctors did not think he would survive, and if he did I was told he would be severely disabled. And he was…physically. He had no intentional control over his muscles. He couldn’t talk or swallow so he was tube fed. He couldn’t sit, stand, or even hold his head up so he was confined to a wheelchair. He was in and out of the hospital throughout his life because a cold would quickly turn into pneumonia.  Even though he struggled to do everything that comes naturally to most of us, he was happy. More than happy. He loved life. His smiles would light up a room. He would squeal in delight when he had someone’s attention. 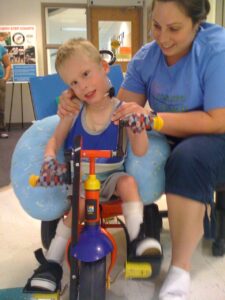 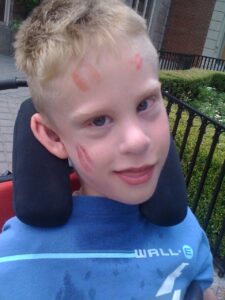 He loved people. Especially women. He would get so excited when we were walking into a store or other public place and then call out to each woman that we passed. And they would always stop and talk to him. Tyler found ways to communicate and would engage strangers for long periods of time with his “dialogue.” He found ways to let everyone know his favorite color, favorite food (he could taste foods, but couldn’t eat in large quantities), and whether or not he was enjoying his current situation. Many times, after these long conversations, the women would say to Tyler “don’t tell my husband I’m flirting with you!” This would send him into full on hysterical laughter as if receiving this statement was his ultimate goal.

We had an army of people who were committed to helping Tyler flourish. Therapists, teachers, doctors, nurses, and aides. No one ever said “Tyler can’t….”, and Tyler loved every one of them.

On October 22, 2013, I tried to wake Tyler up for school. He loved school. I usually had to say very quietly “Tyler, it’s time to get ready for school” and his smiling face would pop up as if I said we were going to Disney. But this time he didn’t. I screamed. I called 911 and the dispatcher walked me through CPR.   Police, paramedics, and firefighters showed up. When my neighbor saw this she came and took my other three children even though she had to go to work. I know three people in my my city’s first responders departments. They all happened to be working that morning. And they all came. Everyone tried. But Tyler could not be saved. I held my lifeless son for twelve hours at the hospital, dreading the decision I had to make about when to let him go.

The next few months are not very clear in my memory. I can’t tell you everyone who came to his funeral, but I know it was hundreds. The wake was supposed to be four hours, but it took 8 hours.  Police from four cities worked to keep his funeral procession together. I went to therapy. I went to support groups. I am blessed with a husband and family and friends who would do anything and everything to help me. I am lucky. But loosing a child is a torture that is never overcome and not easily managed. It’s been over 5 years and my arms still ache to hold him. 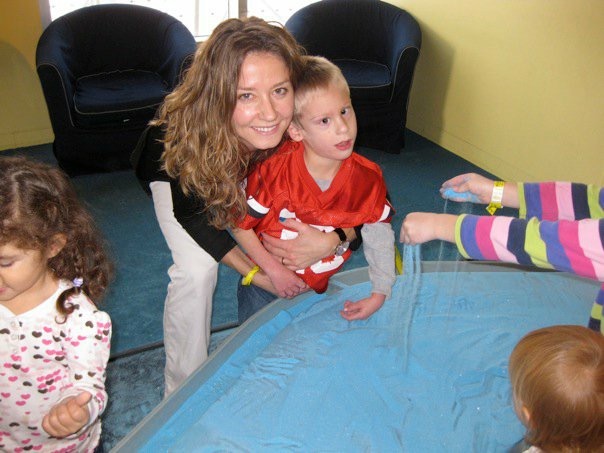 I wanted to feel peace again. For many, therapies and/or support groups are the answer. For me, it wasn’t. I ended up finding my peace in the most unconventional way.

My sister would come to my house several times a week armed with a bottle of wine to sit with me. I had taken up mindlessly searching the internet from my couch, which I didn’t get up from for many months. One day, I came across a blog post from a woman who was upset about being judged about her profession. People didn’t want to know her story, they just wanted to hold on to what they believed about her. It was very well written. But it never said what her profession was. I was intrigued. I kept going back to previous posts until I found the answer. She was a competitive pole dancer.   My sister showed up right around the time I made this discovery. When she walked in I said “did you know competitive pole dancing is a thing?!” Of course she did. She knows everything about fitness. She pulled out her phone to show me the fitness pole dancers she follows on Instagram. I. Was. Amazed. It was the most beautiful expression of strength I had ever seen. I searched for pole dancing classes in Cleveland and Be Fitness came up. I told my sister we should learn how to do this. She said ok.  We didn’t talk about it anymore.

A couple of days later, I got an email from Groupon for a discount on five pole classes at Be Fitness. I couldn’t believe it! (You guys, this was 5 years ago. I know now that Google tracks everything you do online. But it was not as well known back then!) I forwarded the email to my sister and said “The universe is calling us.” She told me to sign us up.

We showed up much like anyone else trying pole dance for the first time. We wore leggings and long sleeve shirts. And  we put lotion on before we got dressed. What class did we sign up for? Power Pole.

Our teacher got us up and working even though we weren’t prepared. It was the hardest thing I had ever done. That one hour class was the first hour in 6 months that I did not think about what happened. I had to concentrate so hard on what I was doing that I couldn’t think about anything else. I couldn’t wait to go back. I was desperate for that relief. 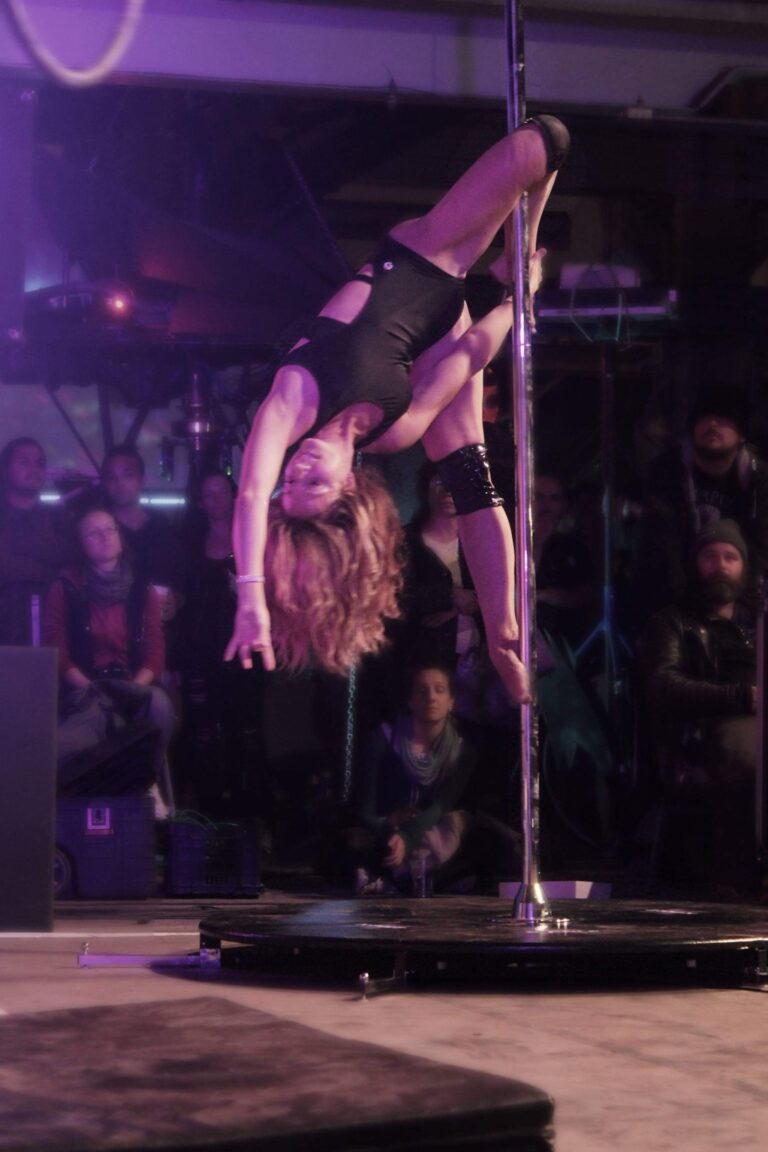 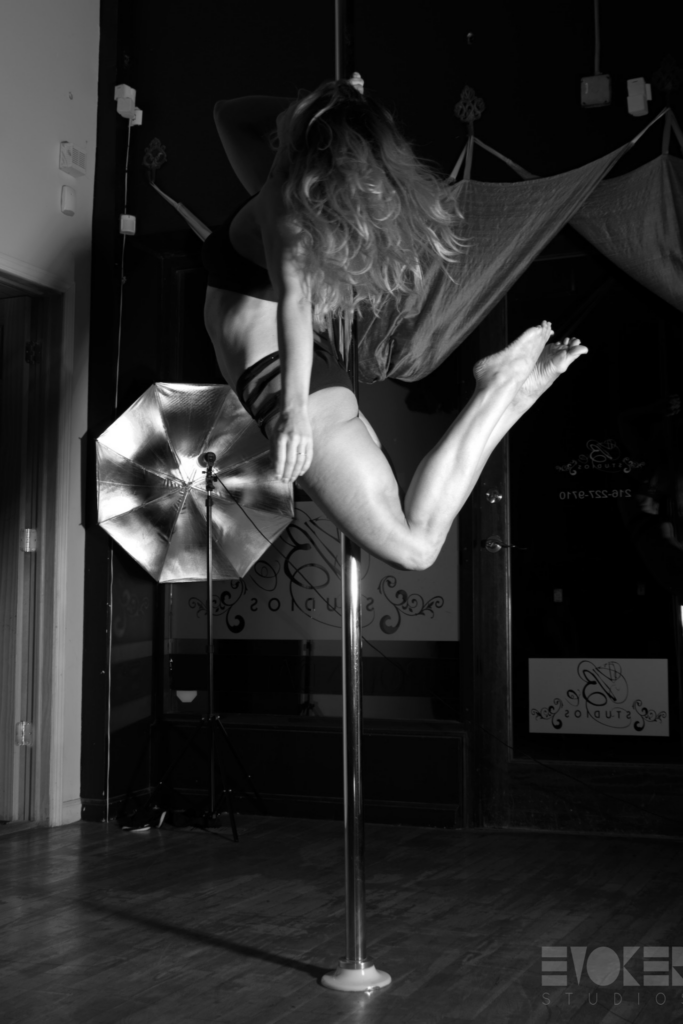 The fact that pole dancing is hard is not what helped me heal. Lots of things are hard. It was the environment at the studio. When you walk into Be Fitness, you are accepted as you are, and you are loved. By every instructor and every student. It was a long time before I shared my story. At first I was there to forget. But when I realized how important this studio and everyone there was to me, I slowly started sharing. And every single time I talk about Tyler, the person I talk to stops, gives me their full attention, and holds space for me. And I am so grateful.

Losing a child is not something you get over. The best you can do is reconcile the fact that you can’t change what happened, and you have to find a new “normal.” I tend to stay busy as a means of coping. To this day if I stop and think about Tyler’s beaming smile and how I will never see that on this earth again, it takes my breath away. But now when I lose my breath, I dance. 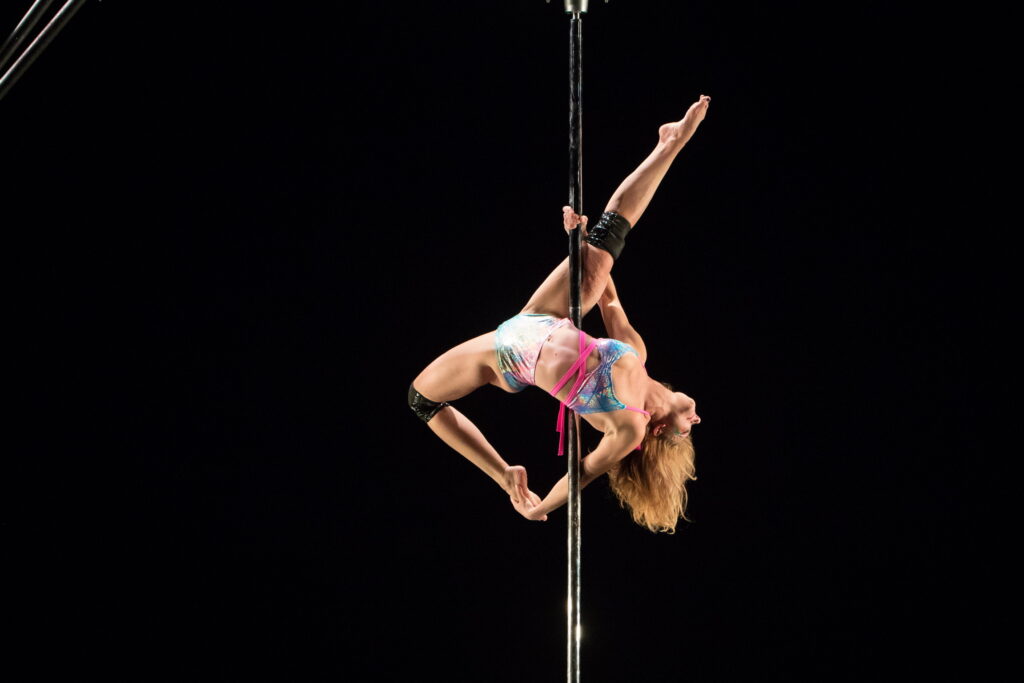